Structure of the person

Multifactorial Psychology is a psychological theory that studies people’s behaviors and formulates an organic view of the structure of the person and of all the possible ways of relating, which are practically personality profiles.

In defining the possible ways of being three different variables have been identified. Each of them contributes in determining the approach of people towards life and thus in composing the structure of the person. This evidence led to the definition of Multifactorial Psychology.

The human types
They show a natural attitude, which is genetic and which does not determine the health or the conditioning. There are six different categories and they refer to different kinds of natural attitudes, and different inclinations.

The modalities
They concern affectivity and these variables can be classified as healthy or unhealthy.
The healthy modality, which is only one of them, concern the presence of the feeling of acceptance and presence of free and constant amiability.
There are four conditioned modalities and they represent four unsuccessful attempts to gain acceptance and amiability (the conditioned term is used as a synonym of unhealthy and intends to make explicit connection to negative experiences of childhood, as they continues to have a strong influence).

The styles
They concern relationship and they can also be healthy or unhealthy.
The healthy style, which is only one of them, concerns the experience of consideration in the context of mutual recognition.
There are eight different conditioned styles and they address eight ineffective strategies to gain attention when there is the fear that it will never be granted.

The structure of healthy and unhealthy ways of being

Structure of the person

Any ways of being, therefore, which could be either healthy or unhealthy, is characterized by a human type, a modality and a style, and they all together constitute the structure of the person.

The diagram below describes how these categories are present in each individual: within the outer rectangle, which represents the whole individual, there are two smaller rectangles.

The two sets defined here are one the opposite of the other, and the presence of one excludes the other one.

Please see below the diagram explaining structure of the person: 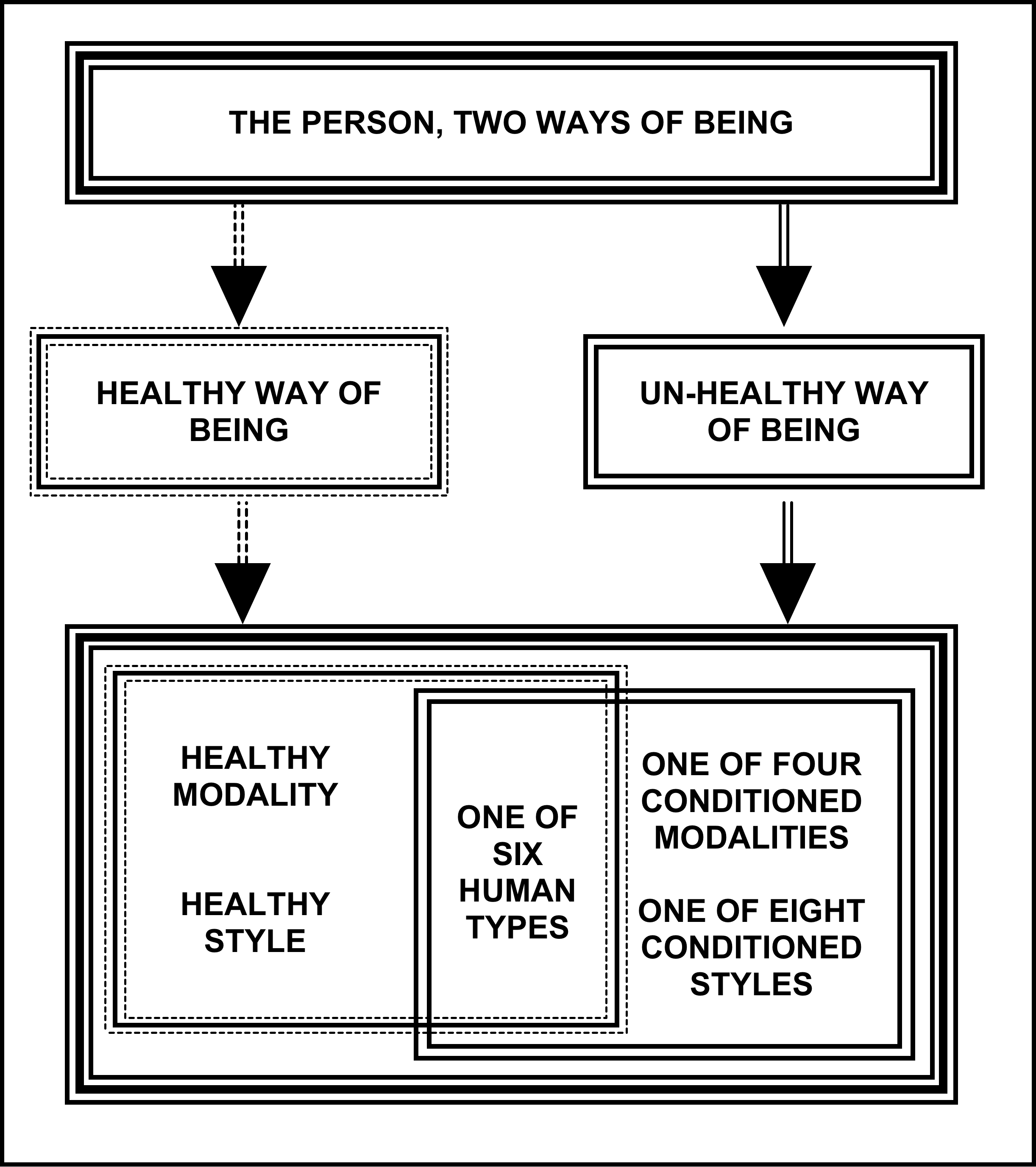 If you want to learn more about Multifactorial Psychology, you can download a free extract of the book “Healthy and unhealthy ways of being“, in which are presented the entire psychological theory and its applications during the therapeutic intervention.