The Multifactorial Psychology is a psychological theory developed by Dr. Giulio De Cinti. This theory analyzes the psychic organization in the persons and their ways of interaction in relationships. He has developed an organic vision of the person and has identified the ways of relating to others, which led to defining a series of personality profiles.

The person: two ways of being

Each person consists of two ways of being: a healthy one and an unhealthy one. Sometimes a person uses the first one, sometimes the second one, but he/she never uses them simultaneously. They are alternative, so when one is activated the other is blocked.

The diagram below describes this situation: 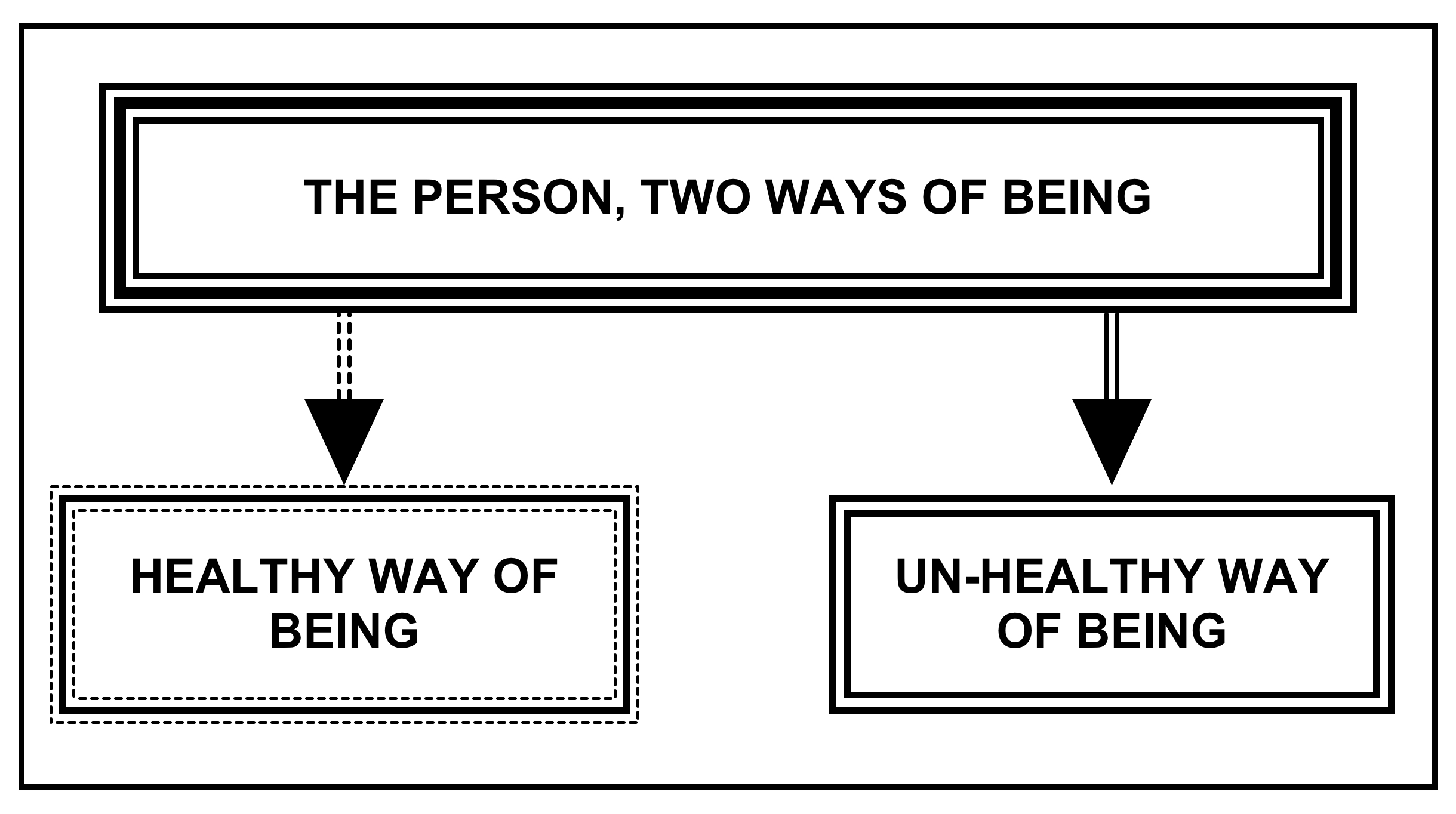 Dynamics between the unconscious and the conscious mind

According to Multifactorial Psychology, the conscious mind and the unconscious are not in opposition, but they work together to allow people to live. They have different functions but they both are necessary and complementary.

Between the unhealthy unconscious and the unhealthy conscious mind, the communication is blocked: from the conditioned unconscious does not come something intelligible, but only inputs, blocks, prohibitions, orders, urges to have certain behavior. The true motivations of the behaviors remain inaccessible to the unhealthy conscious mind which, trying to give a specific meaning to what the individual does, builds motivations which are compatible with the unhealthy image that the individual has about himself. Just like a person who has gone through post-hypnotic orders: if asked why she/he held those behaviors she/he’ll give an explanation in terms of free and conscious choice. The reasons given in such cases do not correspond to the true ones, which are difficult to predict, but they are necessary for the individuals to give meaning to their lives.

If you want to learn more iabout the Multifactorial Psychology, you can download a free extract of the “Healthy and unhealthy ways of being“ book, in which are presented the entire psychological theory and its applications during the therapeutic intervention.